As early as 1965, Dr. Bruce Tuckman carried out pioneering work in the field of group dynamics in Ohio (US), and, a few years later, Dr. Meredith Belbin started his first experiments on observable behaviour in teams in Cambridge (UK).

Tuckman studied teams from their origin until their final stages, and was able to distinguish a number of discrete phases (forming - storming - norming - performing - adjourning) in the life cycle of a team. Belbin's observations of teams led to the identification of the so-called 9 ‘Belbin team roles’ that describe the unique contribution of an individual in a team.

Now how do these two insights come together? How can we give teams every opportunity to achieve successful results in each of the phases described by Tuckman?

During this first phase in the life cycle of a team, the team members present themselves and behave very independently. They are only beginning to get to know each other, so no doubt there is a lot of politeness and "goodwill", but there is no mutual trust yet, or at least it is still at a very early stage. Discussions mainly revolve around defining the scope of the tasks and how this should be addressed as a group. It is clear that the team should be able to fall back on a leader at this stage who could indicate the direction and provide support.

... to get to know each other's strengths and pitfalls, but, at this time, they have not worked with each other long enough to be able to give proper feedback on each other's behaviour. Visualisation of the different preference roles (by means of a Team Role Circle) can be a powerful visualisation of the diversity within the group, and of everyone's specific and unique contribution, however.

... team members do not yet want, or dare, to tackle difficult subjects for fear of conflicts. Some roles, and in particular Teamworkers, feel uncomfortable with regard to the emergence of tensions, while Completer Finishers and Specialists are more inclined to immediately raise general discussions to a very detailed and intensive level, which is much too early.

The team will start to bring in new ideas and suggestions, causing a first form of competition to arise. Members form an opinion about the personalities of their colleagues, with the result that relationships are created here in a favourable or less positive form. Disagreements and clashes between personalities need to be resolved so that the initial motivation is not undermined. If the team focuses too much on consensus-based thinking, however, inadequate plans often arise simply in order to preserve the good atmosphere and peace in the group.

In Belbin terms, what the team needs here is ...

... Plants who come up with new ideas, and Monitor Evaluators to analyse these ideas in a calm and objective way. Teamworkers can help build constructive working relationships here, and Shapers can be very helpful at this stage, because they provide a good balance with the Co-ordinator, who sometimes has to take the political aspects of the team too much into account. Shapers will ensure that long discussions will be converted into real output and results.

The risk in this phase is that ...

... too many Plants will compete with each other about their new ideas, or will feel demotivated by the Monitor Evaluator, who often exposes the weakness in their idea. Shapers are useful, but ... if they are aggressive or confrontational, this must be discussed in order to work around serious blockages or conflicts.

There is greater agreement and consensus in the decision-making process here. Roles and responsibilities are clarified, and the team will evolve towards more clear and harmonious work practices. Discussions often deal with the development or improvement of processes here. The team is becoming more and more aware of the internal competition and a stronger group spirit will emerge.

In Belbin terms, what the team needs here is ...

..... clarity about who should now do what. Knowing the strengths and pitfalls of each team member will enable the team leader (and other team members) to quickly identify the ones that are appropriate for a particular assignment or task. Co-ordinators are very skilled in facilitating group decisions, while Implementers are well placed to draw up plans. Resource Investigators are needed to look outside the team, to network with their team environment and to assess any external competition.

... Plants could disrupt the work because they want to re-launch new ideas while the work is already underway. It is sometimes advisable that they leave the team at this point and join another group, where they can again make a stronger contribution in the initial development stages of that other group.

At this "high performance" stage, the team has fully understood its core mission and goals, and the team members are motivated and very knowledgeable. Team members work autonomously, and are also able to make decisions without the team leader, albeit through pre-agreed criteria. Differences of opinion are resolved in a constructive way.

... the further intensive use of the "Belbin language" so that the group really grows into a High Performing Team.

Now that the team members have collaborated with each other for a while, it’s often the right time to give each other feedback. Belbin uses a very interesting, useful and safe way for this: the Observer Assessments.

How can you evolve (even) faster to the Performing phase?

Existing teams can expand, recruit more team members and build further on their successes or break up after they have completed their mission. But that's the "best case" scenario. In fact, many teams remain stuck in the first phases of their development process, and struggle repeatedly through the first two phases (forming & storming), especially when they do not meet face-to-face often.

Introducing the language of the Belbin team roles can accelerate and improve the team development process by providing team members with insights into each other's performance. This common language then becomes a frame of reference that allows individuals to commit themselves, to express their preferences with regard to tasks and behaviour, and to explain how they want to work within the group. Mutual expectations can also be exchanged sharply, and Belbin also provides a unique tool for solving conflicts.

In all circumstances where people have never worked together or even in an existing group, Belbin is and always remains a perfect catalyst to strengthen team cohesion.

If you would like to get acquainted with the Belbin approach without any obligation, simply contact us and we will arrange a non-binding appointment.

Source: free adaptation of an article by Victoria Bird (The Belbin team) 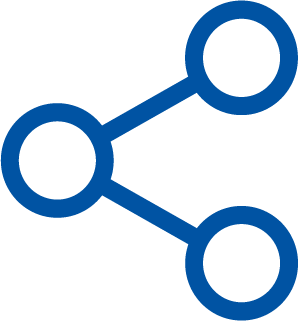 Leadership is the ability to mobilise the various talents within a group or organisation in order to achieve ambitious, but real results. Effective leadership can be developed by providing the right tools to analyse current leadership strengths and by giving support and coaching.
English